When I walked into Baylor Flowers to meet with Owner Kim Anderson + Shop Manager Lauren, the last thing I expected to hear was a science lesson and an art lesson, but that’s exactly what I got. That, and a behind-the-scenes peek into the colorful history of this flower shop.

Can you tell me a little about the history of the shop?

Kim: “It started in the ‘70s, but I haven’t pinpointed the exact date from the original owners. Anyway, it started as John’s Craft Gallery – I don’t actually know what they sold there.

It eventually turned into Baylor Balloons. In the ‘80s there was a big balloon craze, and I believe they even dressed up in costumes and delivered balloons sometimes. Now, I don’t know that for a fact, it’s just something that’s been passed down as “store legend.”

When the balloon craze started dying out, they incorporated flowers and we became Baylor Balloons & Flowers. And then there was a helium shortage, maybe 5 or 6 years ago. So we decided that was a good time to drop “Balloons.” We had been wanting to shorten it to Baylor Flowers for a little while anyway, because that’s the majority of what we do.”

I never knew that there was a helium shortage!

Kim: “Yes, there are only two sources of helium in the whole world. One is in Amarillo, Texas, and one is across the ocean somewhere. At the last helium shortage, it got so bad that the helium was only being provided to hospitals, because some of their equipment runs off helium.

Of course, we learned all this at the time. We had never thought about where helium comes from before, it just comes in tanks! So we did a lot of research during the last shortage.”

Lauren: “Because it’s a natural occurring resource, it’s not made in a lab. So you have to capture it from the ground basically.”

Kim: “Kind of like natural gas, you have to mine it and make it usable. Sometimes the demand is more than the supply.

So there’s a shortage going on right now, we just got two tanks of helium. The price doubled, and we don’t know when this one runs out if we’ll be able to get more or is it eventually going to get to where it’s hospitals only again.

So that’s just a little trivia! But back to the history…I started working for Baylor Flowers in 2004 under a different owner. And then in 2017 she decided to retire, and I bought the shop. So I’ve basically had it for a year and a half.”

You started out as a delivery driver, right? Did you know much about flowers?

I had taken some adult education classes just for fun, they used to be offered at TSTC. So that’s the only experience that I had.

Whenever we get new girls, we try to see if they’ve got a natural talent for arranging. So I don’t know if that’s what happened to me. I don’t even remember how I started designing, but I did, and I had a knack for it. So I ended up being the lead designer.”

Obviously you liked it enough to take over as owner.

Kim: “Yeah,” (she smiles). “It’s a lot of work, I don’t get to design as much now that I own it because there’s so much other stuff that I have to take care of, so I kinda miss that aspect, but when we’re busy I do get in there and get busy making floral arrangements. And I enjoy it. I think I enjoy it more now, because I miss it.”

what goes into designing a bouquet? Do you look for certain elements?

Lauren: “Mhmm. There’s the elements of design, so you have to look at your line, color, texture, shape…there’s like seven of them. And also you get to add in that element of fragrance as well, so that’s nice. You always want to make it pleasing to the eye, so there’s certain things you look for and there’s definitely things that do not go together.”

Kim: “Yeah, I’d say balance is a big element. Because if you’re out of balance, your whole arrangement doesn’t work…and that could be balance of color, balance of design, balance of textures.” 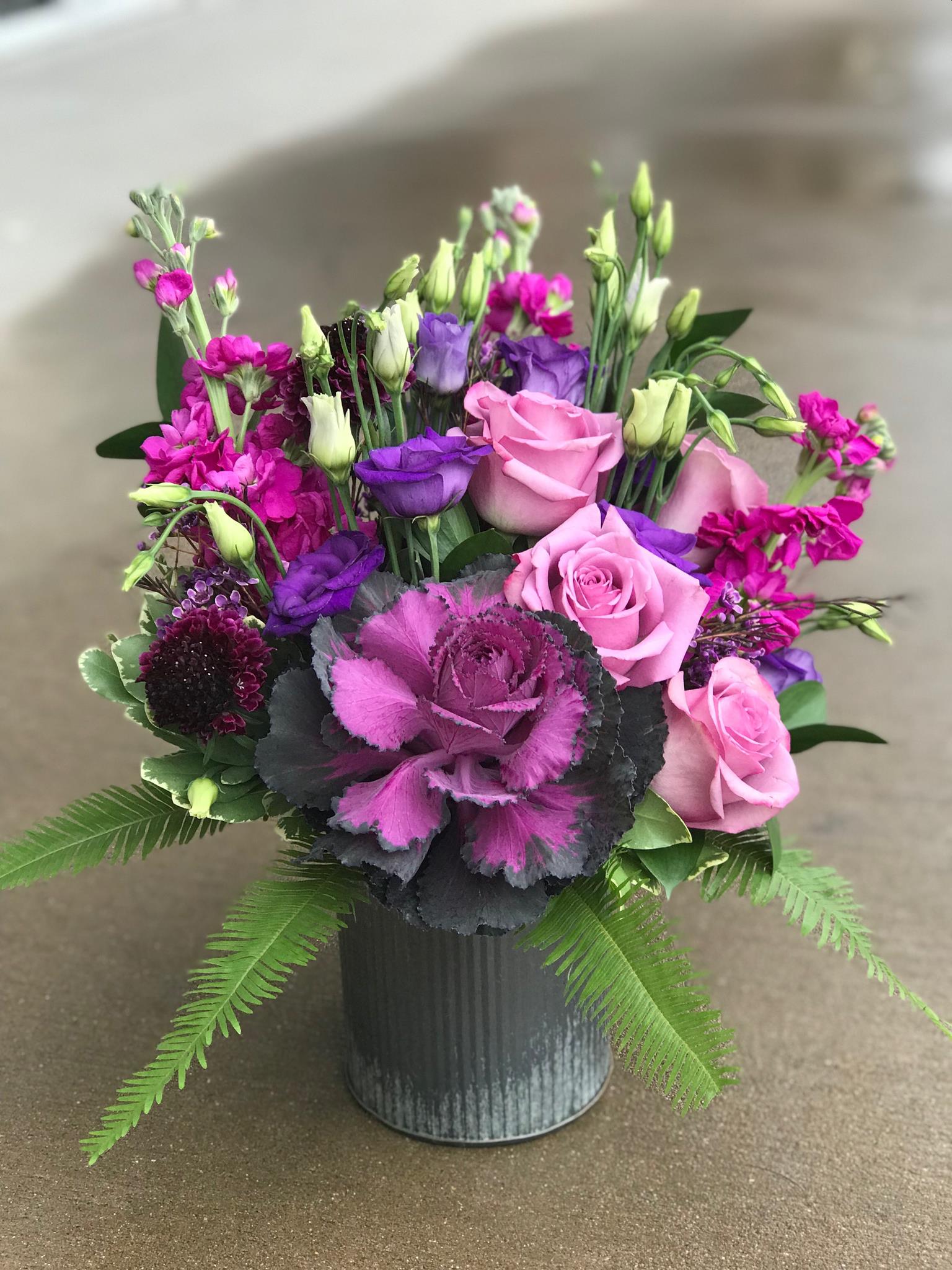 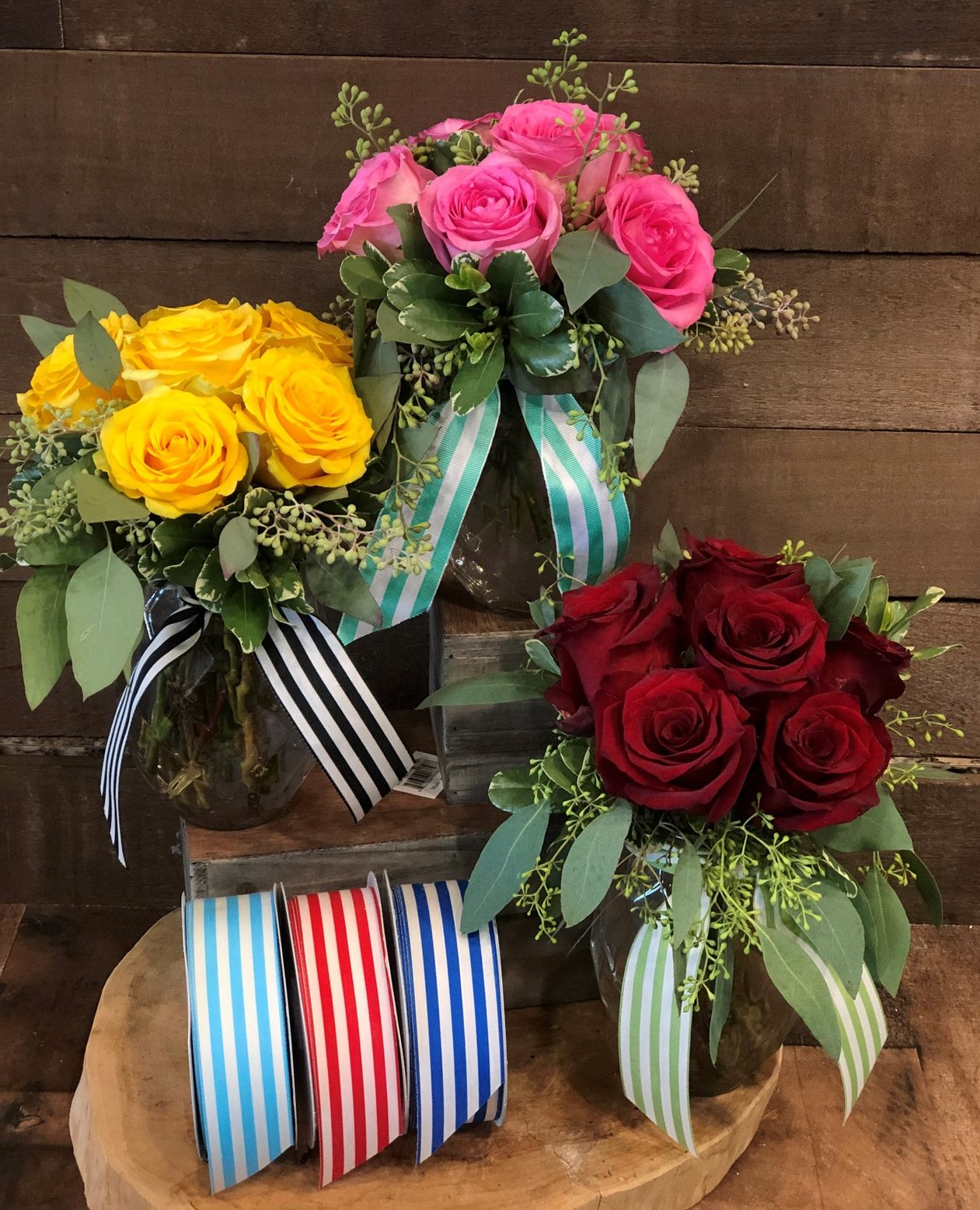 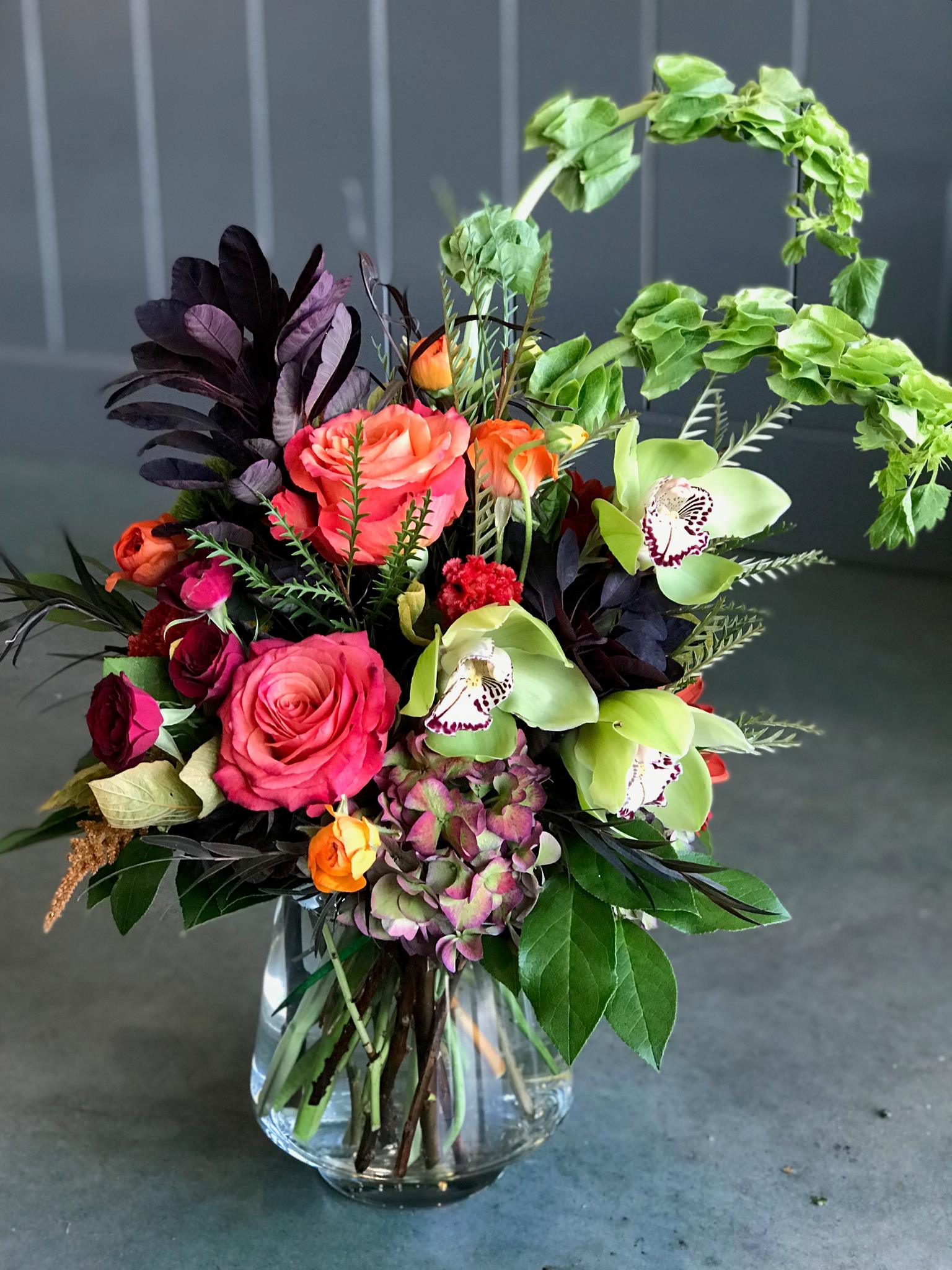 So it really is an ART FORM.

Kim: “Definitely. And we are all creative in other forms of art, whether with handwriting or drawing or something else, so it seems like [flower arranging] is kind of part of that artistic sphere.”

Lauren: “It’s definitely a way to create art every day in your job. Not necessarily something you get to keep or hang in a museum, but it does bring joy to other people so that’s really nice.”

What’s something about Baylor Flowers that would surprise people?

Kim: “Well, some people put things on their card messages that could be very…sometimes maybe racey? Or maybe should be something private.

Because they’re doing everything on the website, I guess they think that they’re very anonymous and they don’t realize that hey, that prints out on a piece of paper! And we see it.”

Lauren: “And it’s not very often. Most messages are usually pretty innocuous.”

Kim: “Yeah it’s rare, like maybe once a year. But it’s like…do they not realize that real people see this and it’s not just some robot that’s attaching your message? So I think that’s kind of surprising sometimes.”

Lauren: “And I think another thing is, almost on a daily basis we get people who come in and say, “Oh my gosh I didn’t realize you had so much different stuff in here!” They don’t realize that we have all these gift choices, candles, jewelry, little home decor items.”

I had no idea either to be honest. It seems like a lot of the stuff you’re selling is locally made?

Lauren: “We try really hard to keep it local if possible and different and unique. There are soo many shops in Waco that sell a lot of the same type of stuff. So it’s nice to try to have stuff that’s different.”

Kim: “And that’s very hard to do. Sometimes we get things because we like the philanthropy behind them. I wouldn’t say that’s the only reason, but it helps us.

Like our Pinch Me therapy dough – it’s like a play dough for adults, I mean kids can use it too, but it’s infused with essential oils. So when you play with it, it kind of has a calming effect. A lot of our student workers get it and roll it around while they’re studying for a test or something.”

Lauren: “We’ve had several teachers, counselors and therapists that come in here and get it and have it in their office where they meet with clients. And part of the proceeds from that go to help veterans with PTSD.

And then our neighborhood candles, they’re actually made in South Carolina or North Carolina—I can’t remember which one—but the lady who owns the company is actually from Waco.

They have different scents in their catalog and then you pick a certain scent and you say, I want to call that “Wacotown” or “Austin Ave.” As far as I know, nobody else in Waco carries those candles, at least under those names. And they’re soy so they burn clean.

Those are just a couple of our items with stories behind them, but we try to have a good mixture of gifts in here!”

Whether you’re looking for a pick-me-up bouquet for you or yours, a gorgeous arrangement for your wedding, or the perfect gift for your new little, Baylor Flowers is worth a trip. To explore more local Waco businesses (and get rewarded for it!) be sure to take a peek at our online guide to locally-owned business in your community! Or download the Towny app to your phone for a free on-the-go guide!